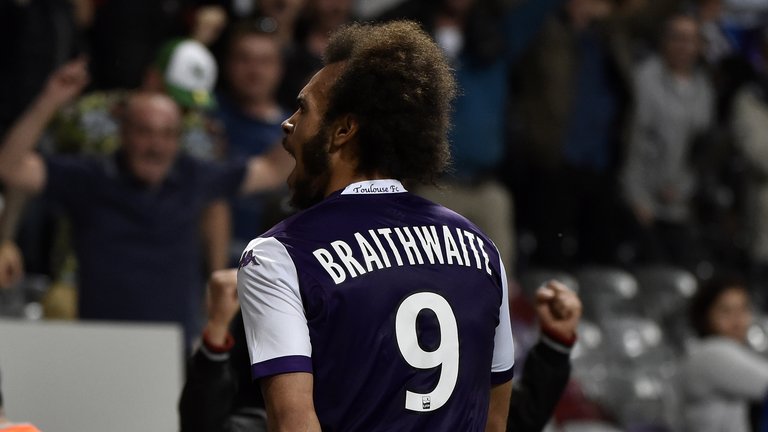 Toulouse play host to Montpellier on Wednesday night as two teams – both of whom probably aren’t in as lofty a position as they would like – who’ve performed fairly well so far this season go head-to-head.

Of the two, it is Toulouse who’ve impressed most, although Montpellier, especially in recent weeks, have shown that they can be more than competitive against the bigger teams and thus we should be in for a decent encounter here.

Defence has been the main problem for Montpellier throughout the campaign so far, while Toulouse, who managed to keep things tight during the early weeks, have also struggled at the back of late. With this in mind, coupled with the fact that both are useful going forward, goals are expected in this fixture.

The rather kamikaze nature of Montpellier’s play this season has generally invited goals at both ends and there seems to be no good reason why this should fail to continue here. The visitors have conceded more goals (27) than anyone else in the division this season; however, having found the net on 20 occasions, they’ve also outscored all but four teams. As for the hosts, Toulouse may have only conceded 13 times, but they’ve been having trouble keeping goals out in recent weeks. The home side have kept just one clean sheet in their last five, letting in a total of six goals in that time.

With goals looking very much on the cards in this fixture, the combination bet of ‘Over 2.5 Goals & Both Teams to Score’, at odds of 11/8, is a nice addition to the two selections above.

All things considered, this is expected to be an open contest. Montpellier play an attacking game and often get their opponent to engage with them in doing this, while Toulouse need a win and will no doubt fancy their chances of really getting at a Montpellier back-line that has kept zero clean sheets on the road this season. Goals are expected and, by the time the two sides walk off the pitch at Stadium Municipal, punters are likely to be rewarded for taking this view.

Single: Lost
Ligue 1
Toulouse v Montpellier
Bet: Both Teams to Score
to:
50% players believe that this bet will win!

Visit site
Visit site
Will this bet win?
Voted 0 user
Will pass 50%
Won't pass 50%
Will pass
Won't pass
Don't you agree with the expert?
Suggest your tip
Show the results
Single: Lost
Ligue 1
Toulouse v Montpellier
Bet: Over 2.5 Goals & Both Teams to Score
to:
50% players believe that this bet will win!

Visit site
Visit site
Will this bet win?
Voted 0 user
Will pass 50%
Won't pass 50%
Will pass
Won't pass
Don't you agree with the expert?
Suggest your tip
Show the results
Want to get updates on new posts? Follow Bradley Gibbs

Still have questions? Ask our experts!
Ask a question
Special comment
Comments 0
Tips
Editor's choice
The Tokyo 2020 Organizing Committee will reduce the number of athletes at the Olympic Opening Ceremony
Inter will change its name and club logo
Bookmakers appreciated Khabib's chances to fight in the UFC until the end of 2021.
Forbes: World chess champion Carlsen earned the most in E-sports in 2020
West Ham vs Burnley: The Clarets searching for points
See all
Твиты пользователя @bookieratings
Follow this expert
Follow this author