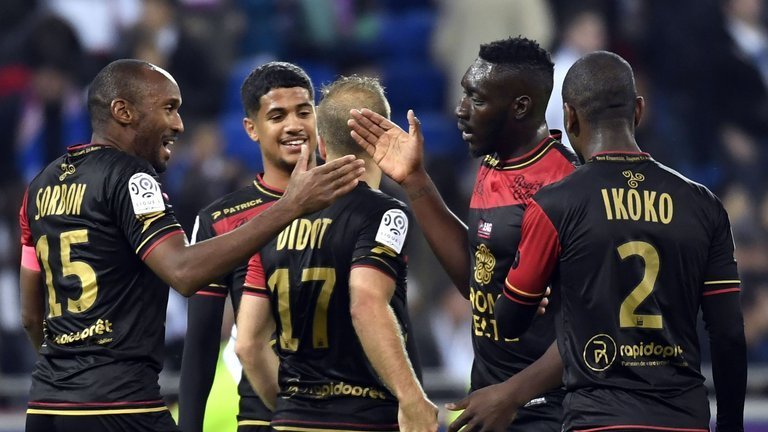 Ligue 1 leaders Nice travel to take on Guingamp on Wednesday night in a match that, given the form of both right now, doesn’t look an easy task for Lucie Favre’s men.

It is perhaps a surprise, especially considering we’re now 14 matches in, to see someone other than PSG sitting top of Ligue 1, but Nice have enjoyed a decent campaign so far and currently head the table, although PSG and Monaco are hot on their heels (just one point behind).

It is perhaps because of Nice’s surprisingly strong form, along with Monaco’s blistering scoring run, that a team such as Guingamp have gone slightly under the radar this season. Wednesday’s hosts have enjoyed a very good campaign up until this point and, having won six, drawn five and lost three, they currently sit in 5th position, just one point off the coveted European spots.

As far as betting goes in this one, punters should be looking to oppose table-toppers Nice and, at odds of 20/21, ‘Guingamp Draw No Bet’ is the way to go. The hosts have looked a very useful outfit at home and it looks as though it will take something pretty special for Nice to come away with the spoils in this one.

Having played six times in front of their own fans, Guingamp have emerged victorious on four occasions and are still yet to taste defeat at Stade de Roudourou. They’ve scored seven goals and have conceded just three. The hosts have also kept three clean sheets on their own patch. If this isn’t impressive form then I’m not too sure what is. More importantly, it is form that suggests Guingamp could easily prove too tough a nut for Nice to crack.

With sitting top of the table comes a certain pressure – as league leaders you’re expected to win matches by default and such pressure looks as though it might just be catching up with Nice. The visitors were looking imperious in the early weeks on the campaign, but in recent matches they’ve been unable to replicate that level of form. In their last five matches (all-competitions) Favre’s side have manged just one win. From the other four, they’ve lost three and have drawn one, keeping just one clean sheet in the process. Nice’s last three league matches have seen them lose 1-0, win 1-0 and draw 1-1. While this form isn’t too bad, it certainly isn’t good and they’ve looked very unconvincing. Both Caen and Bastia worked out that sitting off and being patient would cause Nice problems – it certainly did. Considering Guingamp have been just about as good as anyone when it comes to playing conservatively this season, the league leaders could once again be in for a tough match.

PSG and Monaco have both found their feet of late and it would be a surprise if Nice were able to sustain their position at the top of the pile for much longer – it’s strongly fancied that their bubble will burst over the next few weeks. With this in mind, a trip to one of the teams who’re still unbeaten at home isn’t exactly what the doctor ordered.

In front of a home crowd, Guingamp can continue their good form and it would be a surprise if they were to surrender their unbeaten record to a team who’ve looked fairly shaky of late.

Visit site
Visit site
Will this bet win?
Voted 0 user
Will pass 50%
Won't pass 50%
Will pass
Won't pass
Don't you agree with the expert?
Suggest your tip
Show the results
Want to get updates on new posts? Follow Bradley Gibbs